Home Dossiers Stop the Criminalisation of the Kurdish Movement! 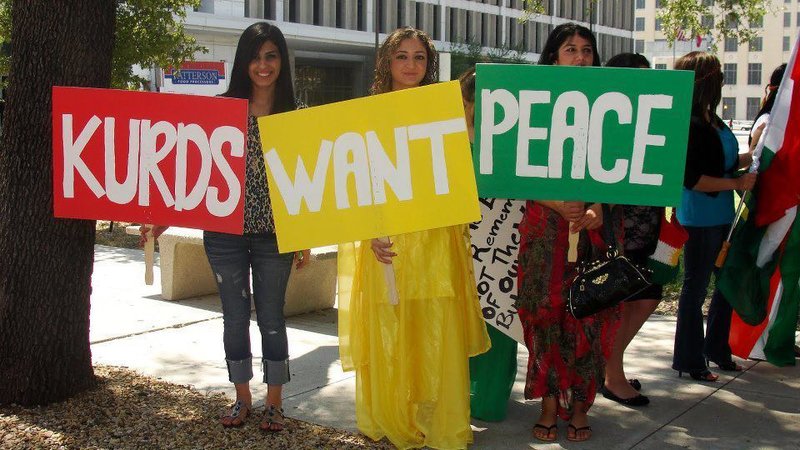 Stop the Criminalisation of the Kurdish Movement!

33 Kurds are currently being prosecuted by the Belgian courts. What heinous crime are they supposed to have committed? They spoke out for the Kurdish cause and promoted Kurdish culture. At the behest of the Turkish state innocent people are criminalised in Belgium for alleged involvement in terrorist activities. The trial is an outrage and affront to Belgian democracy and its implications pose a danger not only for Kurds, but for everyone who stands up for his or her opinions.
The Kurdish activists are accused of terrorist activities, but in reality all of them have been engaged in peaceful and democratic activities in Belgium, an EU member state.

The charges are almost entirely based on evidence produced by the Turkish state, which is also a civil party in the trial. At the same time, this state is waging a war against Kurdish people, committing crimes against humanity, and imposing a brutal repression against Turkish and non-Turkish human rights activists, journalists, lawyers, politicians and in fact anyone who criticises the AKP government and its president.

Until now, no investigation has been done into evidence that points to the fact that the accusations against these activists are false.

The Public Prosecutor uses a vague concept of a “PKK cloud” and states that all Kurdish activists and cultural or other organisations are part of this “cloud”. This is not true. Not every Kurdish person or organisation, standing up for the basic rights of the Kurdish people, is a member of the PKK. Moreover, to prove that the PKK is a terrorist organisation, they simply refer to the fact that the PKK is on the European list of terrorist organisations. This list itself has no legal validity and was created in the aftermath of 9/11. The PKK was added to the list because of intense political pressure from the Turkish government.

In reality, it is the AKP and Mr. Erdogan who are directly and indirectly supporting real terrorists such as ISIS-Daesh, who are active in Europe, as we all know only too well since the Paris attacks. During the last four years, thousands of European jihadist terrorists were able to travel through Turkey and to pass the Syrian border while the Turkish government also tolerated or facilitated logistical and provided medical support to terrorists inside Syria. It is therefore important that more than 100 Members of the European Parliament have signed an appeal to remove the PKK from the list of terrorist organisations.

We do not accept that the activists on trial in Belgium are guilty, while they have never committing any acts of violence. We call for support for these 33 Kurds. Belgian and European civil society organisations have nothing to gain from this setback of democratic rights. Amnesty International and Human Rights Watch have repeatedly condemned the Turkish repression of various organisations and freedom of expression, such as trade unions, LGBT activists and Kurdish and other proponents of minority cultures. Turkish norms should not become those of Europe.

We consider this trial as an open and direct attack on our common civil and democratic rights, such as freedom of speech and the right of association. What is at stake in this trial goes far beyond the Kurdish community and the Kurdish question. A conviction of these Kurdish activists would be an abuse of the anti-terrorism law, and will lead to the diminishing of the fundamental rights of everyone living in Europe.

HUNGERSTRIKES BY POLITICAL PRISONERS IN TURKEY